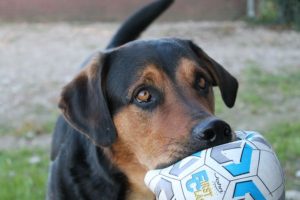 I am very comfortable talking about sex. My growing edge after finishing my Sex Coaching coursework was to build my website and have an online presence. Like a dark cloud, these tasks were constantly looming over me. I’d ruminate about this insurmountable job with scary thoughts, “How will I write the copy, I’m not a writer. If I can’t do that, I can’t move to the next step, the nuts and bolts of constructing my website.” “How will I ever muster the courage to post and expose myself on social media, declare Michele Lyons, a Sex Coach?” Sure, I had a FB page, which I had set up a looooong time ago, but never went on it, NEVER posted, and the world of Instagram and Twitter were for the brave of heart.

We all have areas in our life where we desire change, want to move forward, overcome our “blocks” and live more fully. We may feel the itch to reach our potential, or make a difference in the world. But we just don’t know how to do it, it seems too scary, so we procrastinate and that “thing” continues to be avoided.

To someone who is comfortable with social media and writing, my challenges may seem minor, but everyone’s challenges show up in different areas. I feel comfortable talking about sex. Someone who is awkward with sexuality would look at me with admiration for the ease I have in this area. I look at those who are at ease navigating social media with that same admiration.

So, maybe you are someone who wants to have a fun and fulfilling sex life, but have no idea how to get there. An honest, vulnerable conversation about sex can feel scary, awkward and insurmountable. Here’s why.

One is the childhood messages we received from family, religion, and school about sex. There are many, spoken and unspoken such as:

-sex is sinful and only for procreation,

-it’s okay for men to like sex and to have it frequently, but not women,

-women can have premarital sex, but only in a committed relationship,

-women only do it to satisfy the man or to keep him around,

-talking about sex is dirty.

Secondly, these messages define what’s considered to be acceptable and “normal” behavior according to society. So, when a person’s sexuality is NOT within the boundaries of societal norms, which few of us are, shame, guilt, and fear show up in relationships. As Dr. Marty Klein states in his Psychology Today post on March 28, 2018, “Scaring Ourselves Out of Good Sex,” his patients will tell themselves things such as:

“I could never just do that—what if he or she thinks I’m too kinky?

If I don’t have sex (or a special position, or an orgasm), she or he will be disappointed, insulted, hurt, or angry.”

Our avoidance behaviors are driven by underlying messages. My childhood messages created a belief system that drove me to avoid posting and writing my website content. I was born into a strict Catholic family during the 50’s. My mother, a shy and introverted woman, deferred to my father, who took on the role of the authoritarian in the family and who had the “right” opinions. She followed the teachings of the Catholic Church and the traditional women’s role. The Church and my family taught me to be quiet, and a humble parishioner who had no opposing opinions to the ones in charge. In other words, be a “nice” girl. I rarely received accolades because it was believed that would make me “conceited,” which was considered sinful.

Since no one could have opinions expect my dad, I was never taught how to develop an opinion nor defend my ideas. Though I have spent 25 years in personal development and have changed considerable programming about sex, I still have challenges promoting myself and showing my expertise. Posting online got coded as bragging about myself. The thought of this shook my shy, nice Catholic girl to the core, “I could never do that, someone might judge me, think of me as putting on airs, and besides, I don’t have anything worthwhile to say.”

I knew these deep messages could sabotage my new career. As I sat down for my daily mediation, my social media “phobia” arose and I began to cry. A thought came, “Michele, you don’t have to do this alone, you can ask for help.” I looked to my community for expertise to hire. Jen became my social media coach, David, my website builder and my partner, Rick, a writer, helped me craft my website content. In addition, Tish, a former graphic designer, designed my business cards.

I now have people in my life who keep me accountable for posting and keep me on track to make my business successful. I became more confident that I do have a voice and what I have to offer is important. As the old adage goes, “The right tool for the right job, gets the job done easily.” I wasn’t afraid to ask for help from the right people, who gladly came to my assistance.

It’s the same with childhood messages about sex. They drive the avoidance behavior of talking about sex or initiating physical intimacy because it feels too scary. I have found in my personal development, that overcoming these deep-seated beliefs is very difficult to do alone. Just as I asked for support to change my behaviors, help is available to uncover and challenge these powerful messages about sex that keeps one from experiencing a fun and fulfilling sex life. I assist people who desire a more satisfying sexual life, but don’t know how to achieve it. Just as I have learned to become active on social media, you too, can learn to have a more active and fulfilled sex life!